As the current head of KCR, Jane has a robust background in Business Organisation and Management. As well, she holds extensive training and certification in various healing modalities that include Cranio-Sacral Therapy, Reiki Master, Psychosomatic Therapy, Huna Kane, Lomi Lomi Massage Therapy and most importantly KCR, Connective Tissue Release and Postural Energetics.

Canadian-born, Jane relocated with Hugh to Scotland in 2008, which coincidently is her own paternal family’s country of origin. She has now spent nearly two decades assisting in the development and presentation of KCR coursework, wherein she has been integral to the coordination of the KCR trainings since first taught publicly in 2003. Jane is now especially enthusiastic and inspired to lead the next level expansion of KCR out into the world.

Throughout the sixteen years that Jane and Hugh were together she worked alongside him and received personal training and mentoring in the techniques which he developed, ultimately becoming the first trained instructor of his work. Her experience coupled with her compassionate nature are an added value as she continues in the role of Lead Instructor while also assisting other instructors that Hugh personally trained to present his various courses.

Jane is available by email to answer your questions and assist where possible, at:
Jane@kineticchainrelease.com

The late Hugh Gilbert was born in Glasgow, Scotland where he qualified as a Physiotherapist (Physical Therapist) in 1969. He passed on from this life in April 2019, just one month before the 50th anniversary of his qualification. Initially in his professional career, Hugh worked for a few years in local hospitals and Junior Football Clubs prior to emigrating to Canada in 1975 to further his career. Canada became his primary residence and workplace until 2008, when he then returned to his native Scotland to focus on teaching Kinetic Chain Release to others, along with his other special techniques.

Hugh had a very full and diversified career which gave him the invaluable experience that he drew upon in developing his courses — the very same courses still being presented by instructors whom he himself trained. In fact, KCR’s instructors utilize much of the information he so generously shared when presenting his courses.

Hugh worked as a Senior Therapist, then as Clinical Departmental Head before moving into private practice in 1986, where he remained in one form or another for the remainder of his life. Along the way he became certified in many post-graduate components, including manual therapy, functional capacity evaluations, pre-placement screenings, overuse syndrome prevention, job/task analysis, work site analysis, ergonomics, injury prevention and absenteeism/disability reduction.

Hugh was a published author of three books: The Early Aging Workforce; Free the Unicorn; and, Hope for Alzheimer’s. These books are all available to order on this website, or via Amazon.

One of Hugh’s special memories was his time spent coaching football (soccer) in Canada at the University Level for a five-year period. Some of those players stayed in touch with him until the last few months of his life, which was something that would light up his face and renew the excitement of seeing them play, every time he heard from them!

Hugh’s main protocol, Kinetic Chain Release®, has proven massively successful on its own, and even more so when followed by his other methods: Advanced Postural Energetics™; his particular form of Connective Tissue Release, which has come to be known as the Hugh Gilbert Method™; and, Quantum Dynamic Healing™. He always felt it to be an incredible privilege to have personally taught his techniques to 1,500+ people throughout the UK, USA (especially Hawaii), Canada, Mexico and Argentina — as well as several other countries from where people traveled in order to study with him.

Hugh was a huge “energy”, with an equally tremendous personality! In contrast, he had a special gift of being able to make things very simple and easy to learn, and this remains evident in the teaching methods he founded and are still being utilized in the courses today. We are so very fortunate that he had the foresight to train others to carry on those teaching. In this way, the KCR legacy he left us will continue onward in the years to come, and will help many more people throughout the world to achieve balance and improved health.

One of our most loved and treasured team members, the smiling force behind what happens in the KCR Academy.

Joyce was trained directly by Hugh Gilbert on all the courses on the Pathway to Bodywork Mastery, as well as having been personally mentored by Hugh.

As well as looking after the venue and making sure everything runs smoothly, Joyce is also one of our most experienced classroom assistants, and an outstanding practitioner in her own right.

Gillian has also completed the KCR Pathway to Bodywork Mastery and was one of the first to achieve Master Level in Hawaii in 2018.

Her great sense of humour and passion for her craft ensures that she continues to train many successful massage therapists and ensures that her courses are always up to date and relevant.

‘The body’s ability to heal and how it responds to life’s stresses never ceases to amaze me. KCR – and of course massage – played a life changing role in restoring me to perfect health after a serious car accident.’

Gerard is a Usui Reiki Master and has been a licensed massage therapist in Pennsylvania, USA since 2006. He has studied various healing modalities including Nuad Bo-Rarn, Zero Balancing, IET, and other energy therapy techniques. In 2012 Gerard was introduced to Kinetic Chain Release and his life was instantly changed, as he found relief from a personal injury which had up to that point altered his professional career.

Gerard trained directly with Hugh Gilbert through all of the courses that Hugh offered. As a result, he has an amazing understanding not only of the techniques taught, but also of the philosophic aspects of KCR as well. This makes him perfectly qualified in his Instructor role for courses being offered in the USA, as well as the more advanced courses such as KCR Level 3 and Hawaii Masters Class. His ability to work with group energy while offering heart-based support is a phenomenal enhancement to the students’ experience within the KCR classroom setting.

Gerard is available by email at:
Gerard@kineticchainrelease.com

Stuart Foley is a KCR accredited hands-on therapist who works with sports professionals such as major football teams.

‘I’ve seen how KCR greatly shortens injury recovery time, releases a multitude of aches and pains and re-balances bodies that take an extraordinary amount of battering in the line of duty.’

His calm stabilising energy is a fabulous asset in the classroom and his passion for KCR has seen him complete the Pathway to Bodywork Mastery. Stuart is planning to join the Masters course in Hawaii in 2023.

Through his private practice Stuart has been amazed at how KCR positively affects footballers and athletes to achieve a marked increase in their abilities, core strength, balance, and recovery time.

Stuart has completed the Pathway to Bodywork Mastery and is planning to join the Masters course in Hawaii in 2023.

With his outright creative passion combined with an infectious enthusiasm, Seth is well-suited for his role as a KCR Director. His noteworthy abilities as an award-winning film director, commercial producer and brand guru contribute to a multitude of inspirational talents that will assist the KCR Academy as we move powerfully forward in our global expansion.

As an amazingly gifted and heart-centered individual, pleased to have Seth on our leadership and instructor team. He is a spiritual traveller and author who has created and developed courses in the USA, Africa, Canada and Europe, along with supporting a wide range of charities. He is likewise a student of various healing modalities, and generously offers a potent energetic connection to everyone he meets.

Seth’s prior involvements working with medically oriented organisations such as the U.K.’s National Health Service, British Dental Association, Scottish National Curriculum, Heart Based Medicine, National Institute of Medical Herbalists and Health & Wellbeing Clinics have all well-equipped him for his involvement within the KCR organisation.

Alex is a State Registered and Chartered Physiotherapist who graduated with a BHSc Honours Degree in Physiotherapy in 1996. She worked in various hospital and community settings for the National Health Service (NHS), and also worked for the Thistle Foundation – which is an Edinburgh-based charity providing housing and support services for wheelchair users and their families. In 2002, she took the plunge and started her own successful private practice.

Alex realised early on in her career that working with the whole person was the crucial element for helping her clients recover from their complex health problems. She began studying Upledger Cranio-Sacral Therapy in 1999. After completing their curriculum, she moved on to complete the Barral Institute programmes for Visceral, Neural, Gynaecological, Vascular Manipulations, as well as the Manual Articular Approach. Alex is also a trained Doula and has spent time assisting pregnant women in labour and post-partum.

In 2016, having witnessed a client achieve spectacular improvements following KCR and CTR treatments, she decided that she had to learn more about these powerful modalities. She completed all but one of her courses directly from Hugh and has now gone on to train and become a certified KCR Instructor. Her passion about KCR shows in her delivery of the courses, and her extensive experience and background knowledge is a tremendous asset to our learning environment. 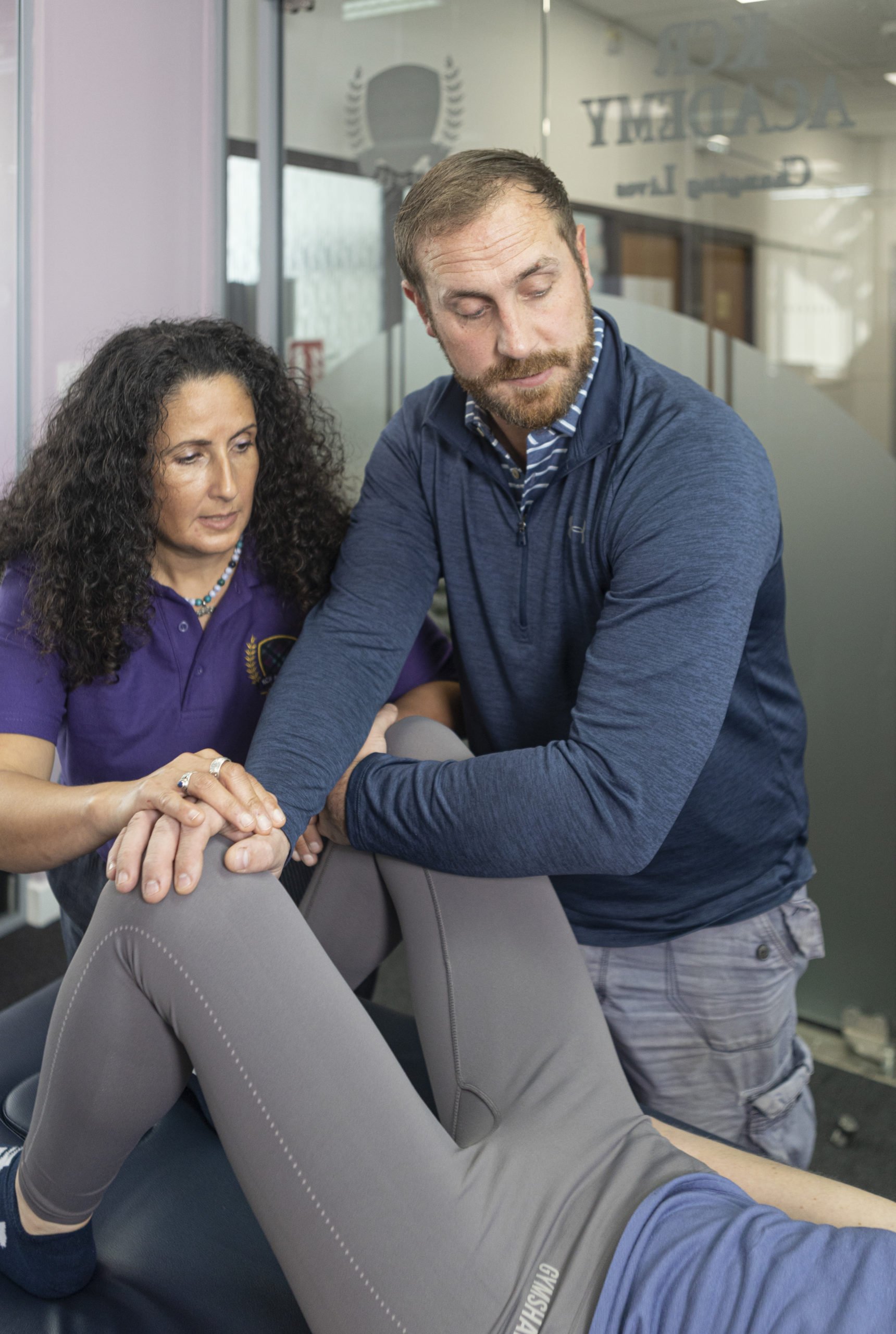 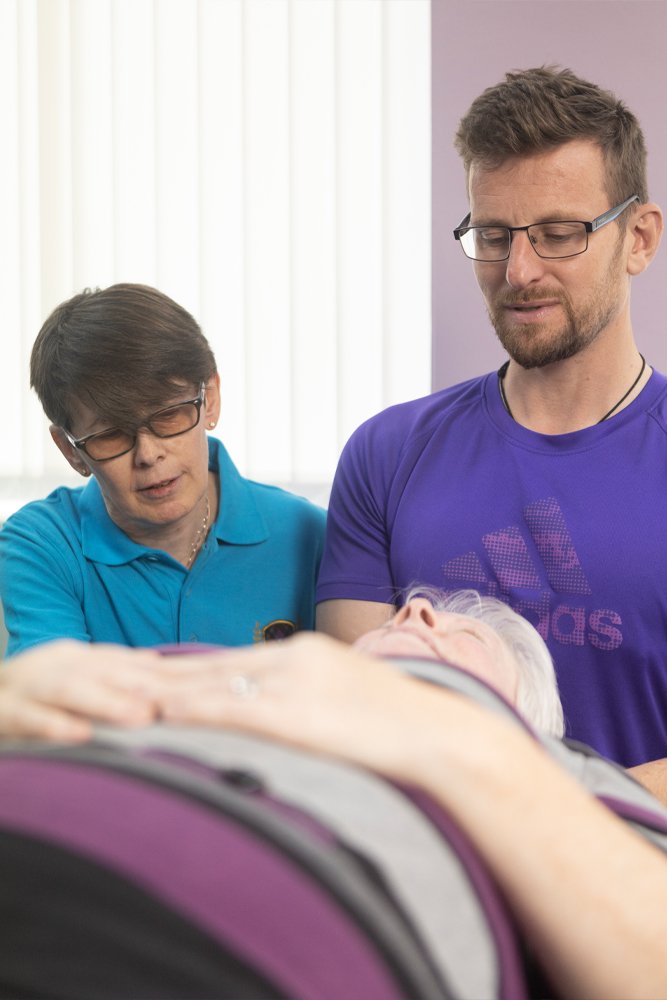 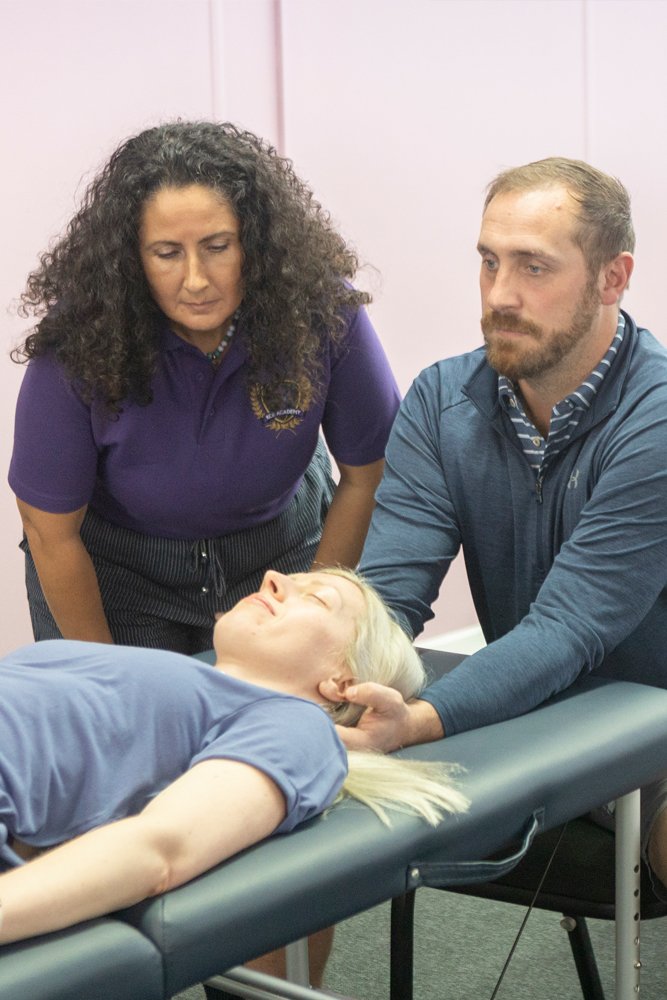 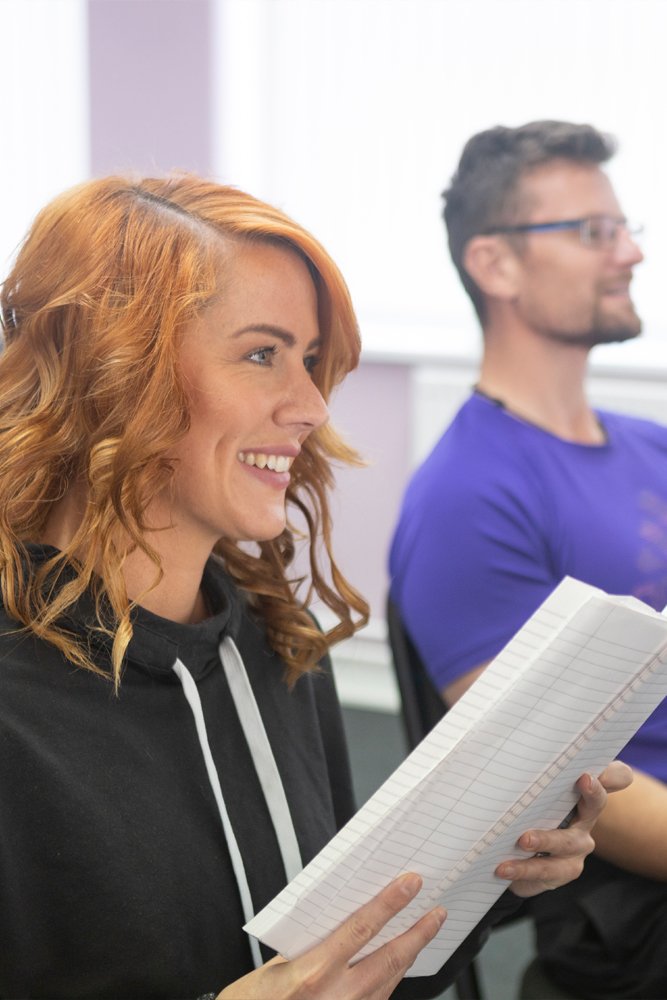 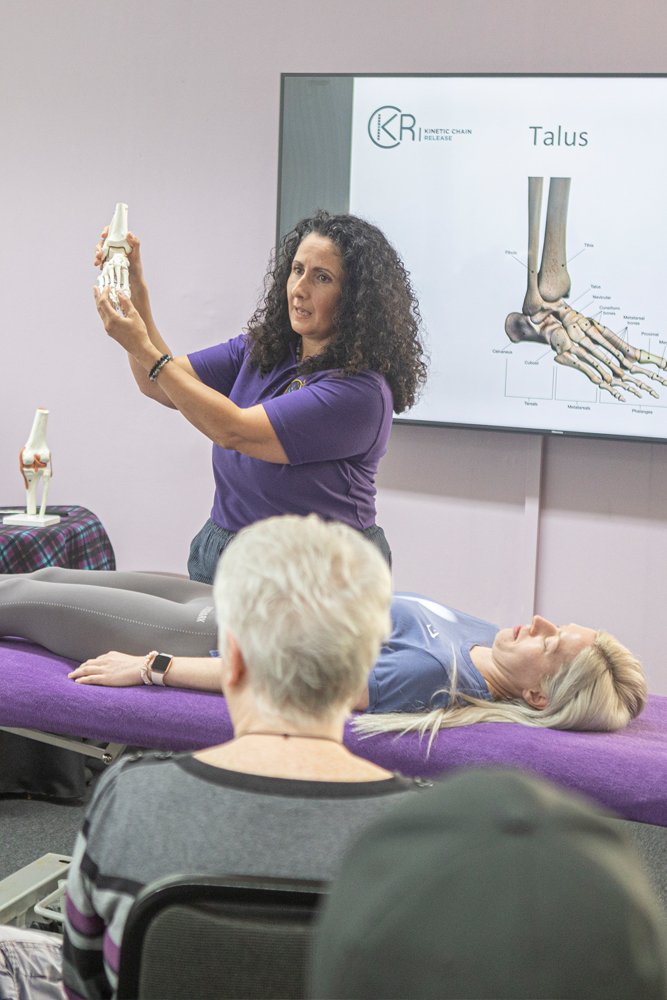 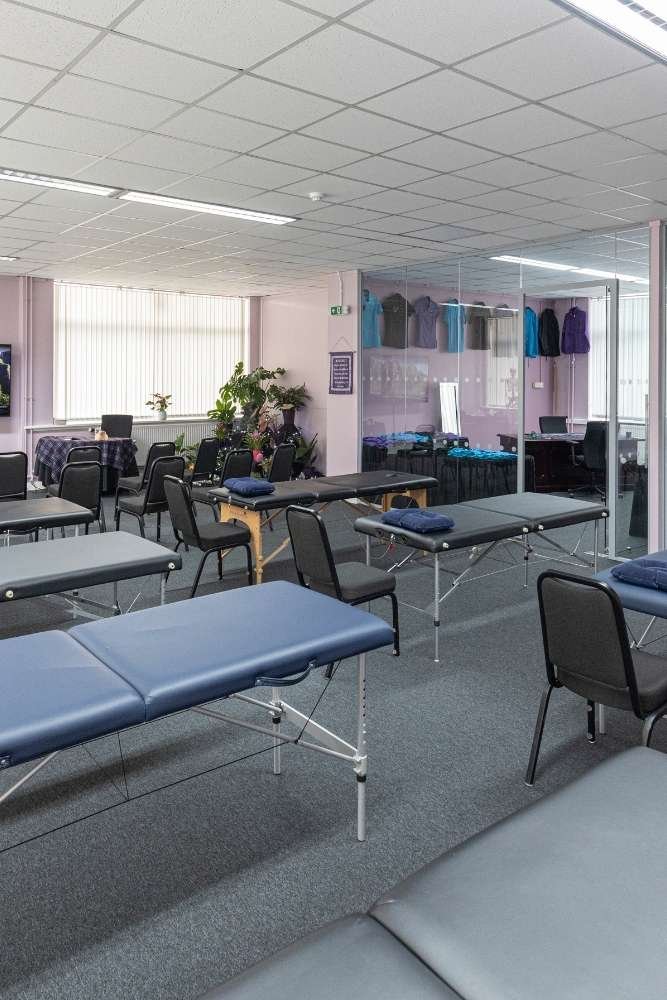 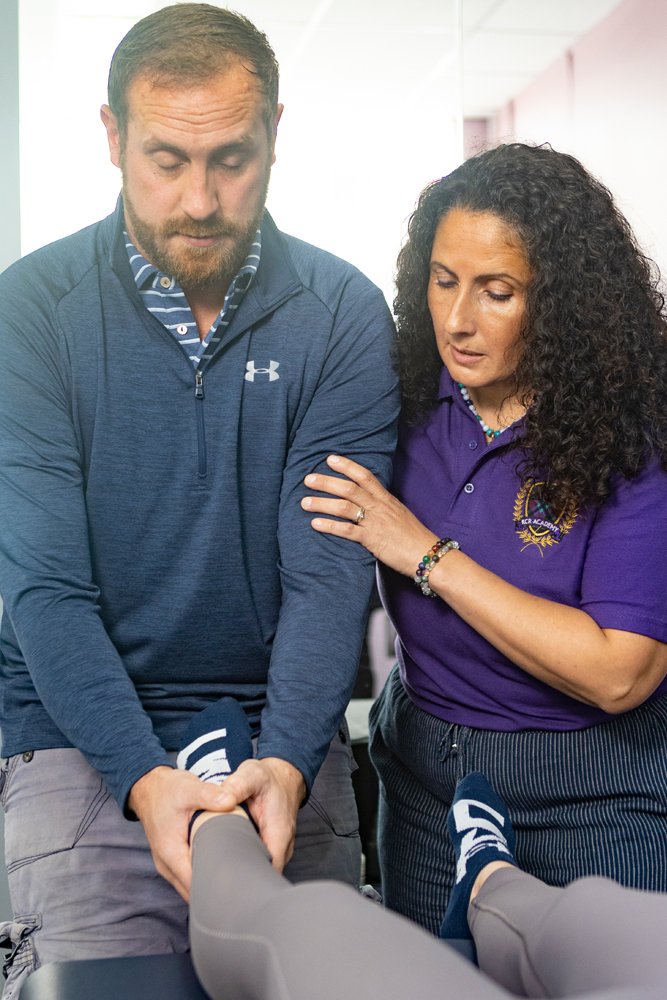 KCR Academy is conveniently located close to Glasgow’s international airports – with ease of access from major rail and road links.

Phone: Office Hours Only – Leave a Message and One of Our Team Will Get Back to You Shortly